The Novus Ordo Europa, also known as The Order (its Latin name translated to New Order of/in Europe), is a mysterious group that worships Slender Man as a deity named Gorr'Rylaehotep. Their actions and rituals have led many characters to describe them as a cult.

The Order first appeared in DarkHarvest00, in the video my_final_betrayal. They are a group of individuals, ranging from young adult to middle age, who disguise themselves in black hooded cloaks and white masks. The Cult worships Slender Man as God and Master, performing sacrifices and gatherings.

The Order is not a proxy organization like the Collective, since they are not under the influence of Slender Man, and have no conclusive knowledge as to his origins, goals, or powers. They rarely encounter Slender Man, and it is considered to be a magnificent honor to be in his presence and live to tell the tale. The ultimate goal of the organization is to be taken into a place known as the "Fourth World" where they believe Slender Man originates from, and an eternal paradise can be found. They are desperate to possess the documents detailing the Princeton Experiment found by Chris and Alex in the lockbox, but as of yet, it is unknown exactly why they want them.

They recently attempted to capture and execute Chris and Alex, while filming it with their camera, after Noah revealed them to the Cult accidentally, it was only the intervention of Jeff that stopped them. As such, it appears that they have no value in any human life which would work against them, and will terminate any and all who would stand in their way, including fellow members. The Cult is divided into chapters across America, and are most dense in the east.

Their Holy City is the town in New Jersey in which the series takes place, and though it has been confirmed that the Cult uses a traditional governing system, their Leader or Council has not been revealed.

Eventually, Noah Maxwell discovered that the woman he had been searching for, Mary Asher, was a member of the precursor to the Order (The Novus Ordo Europa), which he had seen in the DarkHarvest00 videos. Noah proceeded to contact Daniel and set up a meeting with Chris and Alex. The Observer, or possibly one of his counterparts, followed and watched the activities of Noah.

Reluctantly and suspiciously, Chris and Alex make a deal with Noah that they would take him to the woods and give him an interview with the Order, so long as he does not mention their names. Noah travels into the woods and interviews a lone member of the cult, referred to as the The Overseer, while many masked members stay hidden amongst the forest. It is revealed that the Order does not have any significant information as to the origin or goals of the Slender Man, and they hope that Noah has the answers. When Noah reveals he knows nothing, Slender Man appears before them and they all run away. Alex, who had grown impatient and went looking for Noah, is forced to flee as they are chased by Slender Man. As they drove away, the car engine died and refused to start up again, and the Slender Man proceeded to terrify the group for several minutes before transporting them to an unknown beach at an unknown time. Chris and Alex abandon Noah in a fit of rage after learning that Noah revealed their names to the Order by accident. The two parties exchanged their apologies over Twitter.

The Order is made up of many different chapters, which are located in various countries around the world. Three of these chapters operate on the east coast of the United States: the New Jersey Chapter, the Southern Chapter, and the New England Chapter. Furthermore, each chapter is divided into a number of enclaves. Within The Order, there are a number of positions, each with different roles and responsibilities:

Members of The Order possess a black book known as the Collective Knowledge, which contains their beliefs. Each member of The Order possesses a copy of the Collective Knowledge and keeping it from falling into the hands of outsiders seems to be a high priority for members. One copy of the book, which originally belonged to Marc McComber, temporarily fell out of The Order's grasp when it was discovered by Chris, Alex, and Jesse (who was secretly a member himself), at the supposedly abandoned Rainwood Day Camp & Learning Center. The sixth enclave of The Order's New Jersey Chapter later obtained said copy by breaking into Chris's house and assaulting him. In the process, they also gained possession of classified military documents pertaining to the Princeton Experiment, which Chris had obtained from the chest owned by Marc McComber's granddaughter.

Many of The Order's beliefs were founded on the prophecies of the Oracle. While little is known of these prophecies, it is known that he once prophecized that two Harbingers, Chris and Alex, would destroy The Order. The Oracle's text states that The Order is not to kill the two Harbingers; rather, Gorr'Rylaehotep is meant to kill them of his own will. This does not, however, prevent The Order from killing their friends and families, as well as keeping them in captivity. Another of the Oracle's prophecies stated that one of the brotherhood's members would betray it. Said traitor turned out to be Jesse Laurenzi, who gave information to Chris and Alex when interrogated and was later executed as a result.

The Order keeps track of cycles, which they refer to as the Days of Passage. Each cycle is divided into three movements, which are depicted through diagrams in the Collective Knowledge. The Order believes the cycles lead into the coming of the "Fourth Dawn", during which their Master's children will undergo a "great Trek" to the 4th World, a paradise where their Master will grant them immortality and godhood.

Despite their loyalty toward each other and their cause, should a member of The Order break their laws, they may be executed after receiving a trial, although this is seemingly a rare occurrence. Executions are done in front of an Overseer and carried out by a member wearing a red-colored mask. The phrase "Mortem Obire" (Latin for "going to meet death") is chanted by other members as the process takes place. After being beheaded, the victim's body is buried in a shallow grave.

The New Jersey Chapter is known to be divided into at least six enclaves, with the 5th Enclave mentioned as having been "newly-installed" as of March 2013, despite the 6th Enclave seemingly existing for some time prior to this. Both known Chief Overseers of The Order were part of the New Jersey Chapter.

The Overseer of the New Jersey Chapter has referred to the 6th Enclave as heretical. Whereas other branches of The Order refuse to kill Chris and Alex in accordance with the Oracle's prophecies, the 6th Enclave has attempted to kill the two Harbingers on three separate occasions one of which is known for certain to be attributed to them). Jesse Laurenzi was executed after being seen in the company of the heretical 6th Enclave, in addition to breaking several of The Order's laws. According to Daniel Shipman, the other members of The Order do not know who is in the 6th Enclave; as such, they have hired him to investigate.

Little is known of The Order's Southern Chapter.

Little is known of The Order's New England Chapter. Daniel Shipman has noticed their presence around the town he lives in, with their symbol found in such places as a café, a library, a police station, and a courtroom. They are also seemingly responsible for sending Daniel a warning in the mail, threatening him with death should he continue to investigate their organization. 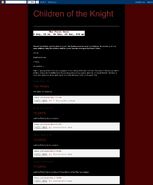 The Overseer of the New Jersey sector, whom Noah Maxwell meets up with and asks about Mary Asher
Add a photo to this gallery
Retrieved from "https://theslenderman.fandom.com/wiki/Novus_Ordo_Europa?oldid=144311"
Community content is available under CC-BY-SA unless otherwise noted.